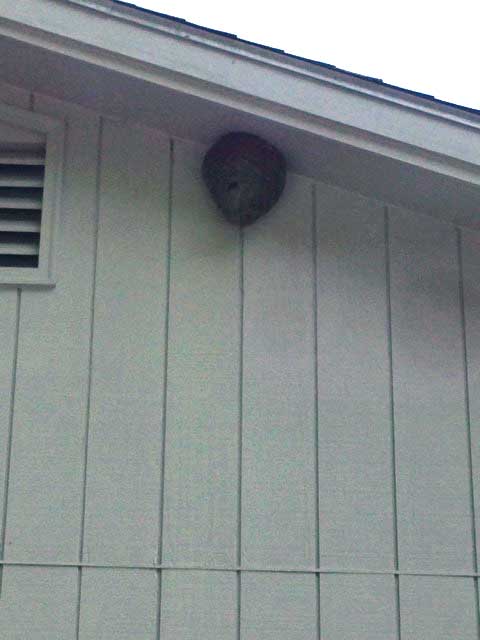 My parents bought Bar Harbor View Cottage in the late 1970s. They had come to visit Mr. and Mrs. Price who lived on the lot immediately to the west. At the time Mrs. Price, a former Salisbury of Salisbury Cove descent, described it as their “camp.” It was a square structure raised on cinder block with half high walls and screens for the other half. There was a kitchen in the back quarter and cots for sleeping. She used to come to Maine in the summer from her home in Ridgefield, Connecticut where we lived down the hill from them. My brother still lives there.

Brief History of the House

My parents were so taken with the view they told the Prices that if any land became available they’d be interested in buying it. A few years later they got the call. The couple next door, two men, had a fight and were selling. My parents said they’d be up next month to have a look. Mrs. Price told them that, no, if they wanted the place they had to buy it now, and so they did.

It was probably the hardest decision they ever made. Two children of the Great Depression throwing caution to the wind and buying property sight unseen.

At the time only a small cabin stood on the property. The foundation can still be seen by looking through the little window in the basement on the east side. Its size was that of the room off the main area to the east, the one with an old kitchen in the back and gas wick lamps on the walls.

Not allowed to build anew but only allowed to expand off the existing structure, my parents built the house you see today. Dad had the walls around the living room built with extra space and insulated, the idea being that if they lost power they could shut off the outer rooms and survive in the interior space. With sunlight coming in from the windows in the winter time, the house can be as warm as 70°F without the heat on! 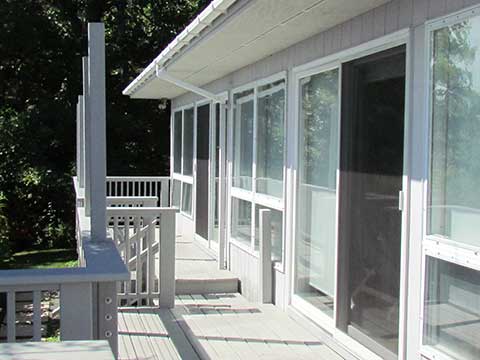 Dad was an engineer and had lots of ideas. Many were implemented in the house, some only halfway. If you’ve wondered about the interior lights and switches, that was Dad’s work.

No sooner was the house built than it burned leaving only the outer shell. Dad had put toilets in the house that were supposed to produce loam from the waste. Unfortunately, the electricians who put in the heating elements had never done such an installation. They placed the elements inverted and hence they were on all the time. Those elements caught fire and burned the house. The whole structure had to be built a second time. Whenever Dad ran into the contractor and they’d talk about a particular feature of the house, Dad was always surprised that the man could quote a particular dimension exactly. When Dad asked him how he was able to do that, the fellow replied, “Well, Dick, it’s not often that you get to build the same house in the same place.”

My parents moved into the Maine house in the late 70s/early 80s and my brother took over the house in Ridgefield. When this house became too much for them, they moved to Blue Hill and I took over here. I have made minor improvements to the house and have set things up so my two children will inherit it. My wife and I can’t visit as often as we’d like, so I’m glad to be able to share this special place with others. (My dad used to tell people that where he lived could be found by walking north from Florida and when you got to the most beautiful place on Earth you had found it.) 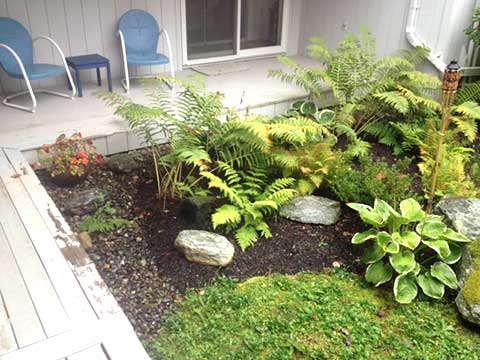 I have tried to keep the rents enough so that the house pays for itself, which it does barely in times of no major maintenance projects and doesn’t when something big is needed.

Over the years we’ve repainted the outside and the deck, put on a new roof and extended the roof line to shade the living room during peak summer sun, changed the deck guard rail to come up to insurance safety standards, and changed the deck design to allow more privacy for the master bedroom. We had to replace a garage wall after a fire caused by smoldering peat left on the walkway began to burn. We’ve also had to replace both bathtubs, one with a shower. There have been new washers and dryers and the attic got better airflow and insulation. There are new steps to the sea and a new garden by the back, a new sign out at the end of the driveway, and trees that have had to come down. We also got rid of the hornets nest last summer that the little fellows built in less than a week and the gigantic poison ivy vine on the rocks to the east of the deck, which withered like the Wicked Witch’s feet when sprayed.

In the upcoming season, we plan a reverse osmosis water filtration system to make the water more drinkable. So as Gilda Radner used to say as Roseanne Roseannadanna on Saturday Night Live, “It’s always sumpthin’!”

We hope you enjoy Bar Harbor View Cottage as much as we do, and hopefully you can up there again in 2017 to monitor the tides from the deck and take care of other important business.

1) If you are at the house and you see something that needs attention, please let use know. Jane, our property manager, comes in to clean between visitors but she has a lot to do in a very short amount of time and won’t necessarily catch things. Big or small, you are our eyes and ears. If we had not had guests in the house when the smoldering peat on the back deck burst into flame, and had the children who saw it not told their parents who had just gone to bed, and had the dad not gotten up and thrown water on it while waiting for the fire department to arrive, we would have no house. So please, let us know.

2) Please give us your direct email address. Either sign up for our mailing list (see below) or send an email to info@barharborviewcottage.com. We found out last year that whenever we send your rental documents via the reservation email system, some contact info (like Jane’s phone number) gets stripped out. We’d much prefer to send you the rental contract, policies, etc. directly so all of the information is intact. We promise not to bombard you with email or share/sell your address with anyone.

I hope to write a letter each year telling you about what’s gone on at the house, and what changes we’ve made.

Welcome to the Family!
Rick and Shelby Kinnaird
Katie and Alex Kinnaird (my daughter and son and someday the sole owners)